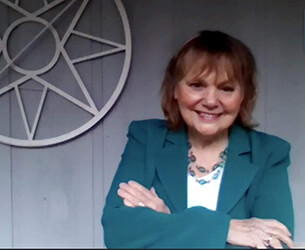 Vivian M. Mahoney, FL is a Licensed Massage Therapist, MA5721, since1984 and TN License #2489, since 2001, (retired TN license Sept 2012). I owned and operated my own massage therapy practice, Advanced Health Care of PBC., Inc. in West Palm Beach, FL from 1984-1998, then hired as on-going consultant for the new owner until 2004. My massage business was the first medically oriented massage establishment in the nation for years accepting physician referrals for medically prescribed and insurance reimbursed services.

I grew my business from out-calls to over 3,900 sq. ft. facility with up to 17 employees including 14 massage therapists. There has never been a dispute that my establishment was the first and most successful medically oriented massage establishment in the nation for many years. I am proud that it was one of my workers' compensation cases that, because I was up on the Work Comp Laws, I was able to help guide that case to success. With the Judge of Compensation Claims (JCC) ruling that this patient was to continue treatment with me and that he considered massage therapists health care practitioners when working under the prescription of a physician. It was this case that officially set the precedent for FL LMTS to be considered health care practitioners in the FL Workers' Compensation System.

In 1997, because of the rapport I had built with the FL Division of Workers' Compensation, I was able once again to be instrumental in saving our profession. I was sent a draft of proposed changes which included eliminating massage therapists from FL Workers' Compensation reimbursement. After a night of crying and fretting, I went to a hearing being held in Tallahassee and with my connections was able to thwart that process. In addition when they considered reducing our treatment to only 6 visits per injury I was able to stop that as well. Chiropractors had already been reduced to 18 visits at that time. It pays to be involved, stay on top of issues and to make friends!

Because of my insurance experience and successes I was also instrumental in getting a law passed to require health insurance companies to reimburse massage therapists under certain circumstances, effective Oct. 1992.

Over 172 physicians from many specialties referring to my facility, amassing approximately 500 patient/client visits monthly I quickly became the one to go to for insurance related questions from massage therapists. Because of this the FL State Massage Therapy Association (FSMTA) asked that I serve as the Insurance Committee Chair for their now over 5000 members. I proudly served in this position now for about 24 years.

Awards include many Outstanding State Service and Achievement Awards... (see below...)

Since 1990 I have been presenting live seminars on insurance billing procedures, laws and rules and practice building and marketing strategies as well as writing manuals and home study courses on the same subjects.

My home study courses and live seminars are approved by the FL Board of Massage Therapy, (FL BOMT), National Certification Board of Therapeutic Massage and Bodyworks (NCBTMB) (accepted by AMTA, ABMP and most States for massage therapist’s required continuing education credits).

I have consulted, testified for and performed insurance claim reviews regarding massage therapist’s insurance billing practices and ethics with Plaintiff and Defense Attorneys in FL and Montana. I presented on massage therapists billing practices, scope of practice and laws. Presented to the National Insurance Crime Bureau (NICB), SIU Met-Life, FBI and Undercover Agents as well as Insurance Adjusters and Physicians and to the Medical Claims Defense Network (MCDN). MCDN arranged through the FL Dept of Insurance for the seminar I presented to provide Adjusters with CE Credits.

John, my husband and a retired funeral director of 35 years, should be the one to receive the awards for his dedication, love for, and work he has done, related to massage therapists and this profession.

John attends all massage conventions, seminars and FSMTA Board Meetings with me. He has been my right arm, as the saying goes. Without him by my side I know I would not be able to keep this up, helping others via emails, phone calls and letters, traveling up and down the highways and presenting seminars. He has packaged and mailed every single manual, home study course and other products that goes out from our mail room.

In addition, John has prepared and helped present insurance seminars by my side since 1993. And last but not least John should receive the awards for just putting up with me and having to hear "insurance and massage" 24/7 365 days a year!!

I mentioned above that it was my husband that deserved the awards.

“The rest of the John Mahoney story”.

I am so proud, yet so very sad to say that my husband finally received the awards and recognition that he so deserved. Problem is, he is not here to smile his outstanding gregarious smile, not here to say thank you, not here to hang his awards on the wall as he always did mine. Unfortunately he was killed due to a horse running lose from a local tourist ranch in Pigeon Forge, TN on May 23rd 2014, just 5 miles from the hospital he was taking me to at 5:30 in the morning for stomach pains and numbness in my arms. The last words I heard him speak, was when we hugged and rocked back and forth before leaving the house and I asked if we could please wait until it was a little more daylight. His words to me were, “No, we are going to get you taken care of.” The last words I recall saying to him, as we were about 2 miles from our home was, “honey be careful because you never know when a deer, bear or even a fox will run out in front of you”. Who could ever imagine a horse? Especially from a ranch whose owner had received several warnings and citations iple times for their horses being loose running wild.

My family and I are so thankful and proud of these following awards in John’s name.

World Massage Festival with Mike Hinkle and Cindy Michaels (founders and directors) created the first award, “The John Mahoney Volunteer Award”. Each year someone who has been most instrumental in volunteering to support the World Massage Festival and help the massage therapy profession expand and grow will receive this award.

Florida State Massage Therapy Association (FSMTA) created the next John Mahoney Award. This award is for the spouse or partner of a Board Member who has been most instrumental in supporting their partner and helping the FSMTA and massage therapy industry grow. This year (2015), though many received the nomination to receive this award, it only made sense that John should be the first winner of this grand award.  I so wish he could have received these awards when he was here to experience it all. However, we know he has been watching and maybe even seeing to it that he got the recognition, even if he had to do it from afar.  Thank you one and all for supporting both of us for all these years!